Last night I was on a cooking rampage. I made homemade short ribs, which took about three hours. While the ribs were hibernating in the oven, I started on a batch on lentil vegetable soup. Truth be told, it's more of a lentil jambalaya because I add chicken, spicy sausage and shrimp. But that's a recipe for another time.

Turns out making short ribs and lentil soup makes one's house smell GOOOOOOOD. So good Bryan and I were absolutely starving. I got the "okay, so you're cooking up a storm, but what's for dinner tonight???" from my husband, and to be fair, he had a point.

The conclusion to the "dinner" question was in fact the short ribs, but we had at least another hour before they were done. So we needed an appetizer. I had some manila clams in the fridge, so I grabbed them along with some garlic, onion, flat leaf parsley and lemon. Oh, and a beer. This one was for the clams to drink, but I got one for Bryan as a consolation prize.

Here's what I did for a quick steamed clam appetizer. It only takes about 15 minutes and is delish. Manila clams are sweet and tender, not to mention tiny. A perfect app. 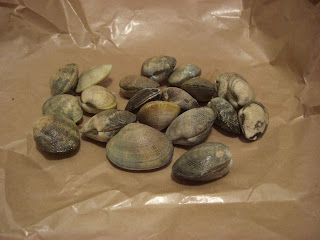 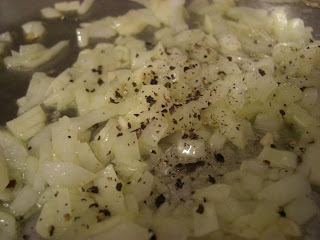 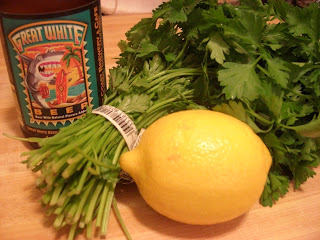 In a saucepan, heat the olive oil. Add the onions, garlic salt and pepper and saute until golden brown, about 3-5 minutes. 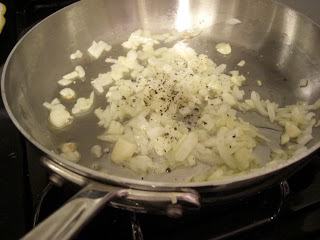 Add the clams to the pan. Pour the beer over the clams, cover the pan and bring the beer to a boil. 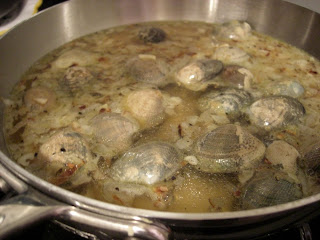 Once the beer has started to boil, check on the clams regularly to make sure they are opening. If your pan is small enough, you may hear them open against the sides of the metal pan. 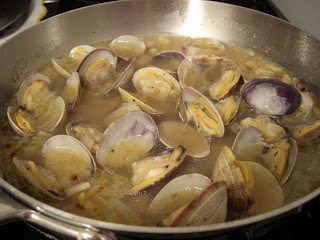 Once all the clams have opened, pour the clams and liquid into a bowl. Top with fresh lemon juice and chopped flat leaf parsley. 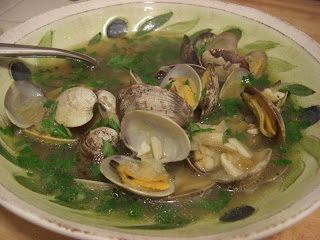