So here's the thing: I'm kind of a counter-intuitive food blogger. As much as I'd LOOOVE to run to every brand-spanking new restaurant that opens in LA, I don't. This is for a few reasons: 1) They usually need some time to work out the kinks, e.g. service, menu, consistency; 2) There's always a rush for reservations, and; 3) I know better than to believe all the media-conjured hype. I truly think the true test of a restaurant is – gasp! – six months to a year post-opening. 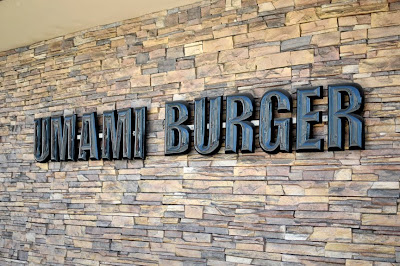 That said, I believe I'm the last person in Los Angeles to try Umami Burger. As some background, Kikkoman is desperately trying to establish Umami – aka "the fifth taste" – as the food industry's next big thing. Clearly, it's working because the term Umami is everywhere. Maybe I'm just simplifying things too much, but I swear that Umami just tastes like truffles: earthy, rich and somewhat salty. And anyone who reads this blog knows I have a serious love affair with truffles. But I've loved this taste for years and years so the recent, bordering-on-insane attention to this so-called fifth sense is a bit lost on me. 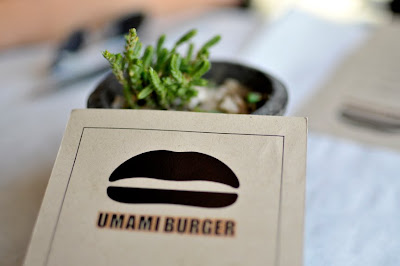 Photo courtesy of AContinuousLean.com
A few weeks ago Bryan and I found ourselves smack at the intersection of La Brea and Olympic Boulevards; barely a stone's throw from Umami's original location. We figured, what the heck? It was time to finally try out the infamous burger. We got the famous Umami burger, a SoCal burger, an order of hand-cut fries as well as onion rings. From our table, I could see the kitchen workers hand-peeling the potatoes, butchering huge cuts of fresh meat and slicing onions. It was impressive, especially since the quantity of food they put out would be a reason for other restaurants NOT to prep everything (almost) to order with completely fresh ingredients. 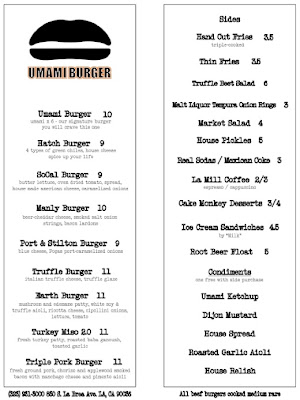 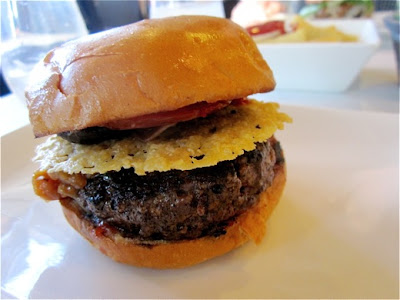 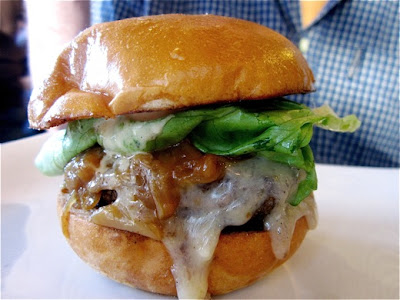 I really, really wanted to like it. Love it, even. I mean, they've even got a truffle burger...how could I not at least fall in lust with this place? But after biting into my Umami burger – guaranteed to come medium rare, my favorite – I was left underwhelmed. Disappointed. I took another bite, thinking maybe it was me. Nope, it wasn't. The burger that was supposed to charge out of the kitchen with a lion's roar was nowhere to be found. Instead, I got a burger that looked great on the surface, but underneath didn't have much going on.
The crazy thing was that all the elements of Umami-ness were there: a parmesan tuile, a bit of tomato compote, Umami's signature sauce, tiny slices of shiitake mushrooms and grilled onions. The bun was great; hot and crisp from a quick detour to the grill. But the burger was well done, not the as-advertised medium-rare. And perhaps the toppings detracted from the star of the show, but I truly couldn't taste the beef. At some of my other favorite burger establishments – Father's Office, Taste, 8oz Burger Bar – the beef is well, beefy. It's rich. It's wonderful. Had I not seen behind Umami's kitchen curtain, I honestly would have wondered if the beef had come in (Umami lovers, don't kill me)...frozen. I'm sorry.
Umami's famous thick cut fries 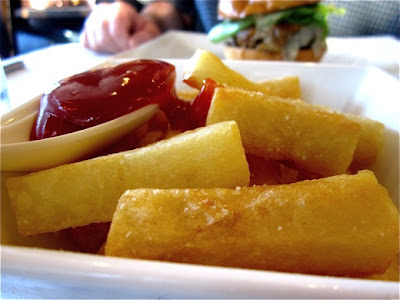 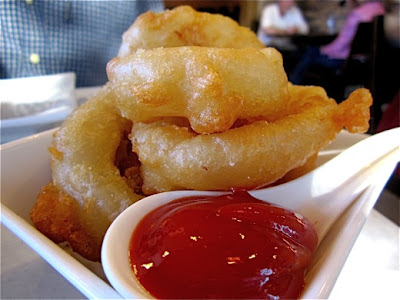 If it's any consolation, the fries were great. And the ketchup clearly had truffle oil in it. Same goes for the onion rings. The famous "Umami" secret seems to be a healthy dose of truffle oil in just about everything. Delicious, but not groundbreaking. At least not to me.
At the end of the day, I absolutely bow down to Umami's respect for freshness and ingredients. But I just don't get the hype. I went in, totally optimistic and hoping to be wowed. But someone else can have my seat on the Umami Burger bandwagon.
Crumbs left by Christie Bishop at 8:30 PM