So exactly one year ago, I'm flipping through Food Network Magazine when I stop dead in my tracks. I turn the magazine lengthwise, similar to how I can only imagine a man would to an issue of Playboy, and start to "Oooh" and "Ahhh." My husband, Bryan, looks at me curiously, finally asking "What food needs an entire vertical spread of a magazine?"

"Potato skins. Customized for each of the NFL's 32 teams," I replied.

"Oohhh," he said. Followed by a grab for the magazine and a "Lemme see!"

It was then that he understood. Simply put, the idea of creating custom potato skin recipes reflecting a city's local ingredients, flavors and food favorites is brilliant. Totally brilliant. Which is exactly why I'm sharing this post again, two years later. It's a classic, just like these potato skins. So even if your favorite team isn't in the Super Bowl, find the recipe and try it anyway. At least they can be at your Big Game party in spirit!

Here's how you make each of the potato skins:

General directions: Pierce 4 large russet potatoes with a fork. Bake directly on the oven rack at 350 degrees until tender, about 1 hour. Let cool, then quarter lengthwise and scoop out the flesh, leaving a 1/4-inch shell. Brush both sides with melted butter and season with salt and pepper. Bake, skin-side up, at 450 degrees until crisp, about 15 minutes. Add your favorite team toppings. (For cheesy skins, flip the baked shells over before topping, sprinkle with 1 cup grated cheddar cheese and bake an extra 5 minutes.) 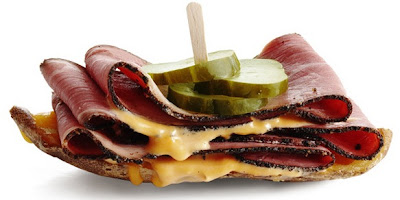